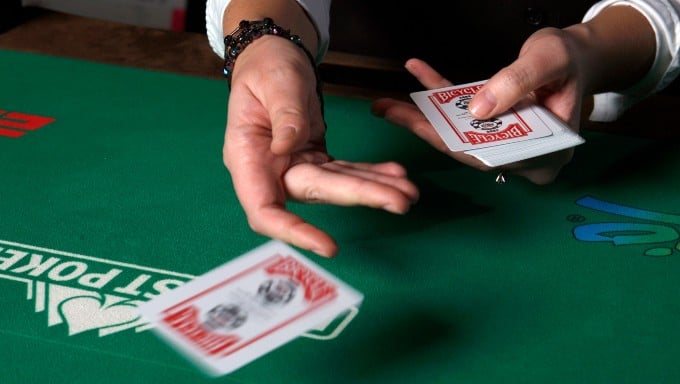 World Series Of Poker Concluding Amid Accusations of Cheating

In a tournament earlier plagued by a COVID-19 outbreak, another flare-up has created controversy at this year’s World Series of Poker on the Las Vegas Strip.

Some players reacted negatively to the presence of poker player Ali Imsirovic at the tournament, according to the Las Vegas Review-Journal. Imsirovic has been accused of cheating in online and live tournaments.

The 27-year-old Imsirovic has not responded publicly to the unsubstantiated allegations, the newspaper reported.

However, poker professional Alex Foxen tweeted on April 17 that Imsirovic is a “cheater.”

Among other accusations, Imsirovic has been accused of looking at other players’ hole cards and, online, of using real time assistance software, according to the newspaper. This software, which guides players on how to play a hand, is considered cheating at online poker sites.

“Ali is known as a cheater to almost all in the high roller community, however without much ironclad proof, most stay silent,” Foxen tweeted.

Earlier this week, Imsirovic was eliminated from the tournament during competitive play.

This is the first year the WSOP has been held on the Strip, after getting its Las Vegas start at the Horseshoe Club downtown in 1970 and later moving to the off-Strip Rio resort south of downtown.

The Horseshoe has been renamed Binion’s, though it is no longer controlled by the family of the late Texan Benny Binion.

This year’s tournament has been underway since May 31 at Bally’s and Paris Las Vegas, two Caesars Entertainment hotel-casinos joined by an interior walkway.

On Wednesday, the WSOP tweeted that 35 players remained in the main event, with Jeffrey Farnes emerging as the chip leader.

“They’ll play however long it takes to reach the final table of nine, returning on Friday,” the WSOP tweeted.

Earlier in this year’s tournament, former main event winner Phil Hellmuth and other players were temporarily sidelined with COVID-19.

Hellmuth remained in a suite across the Strip at the Aria hotel-casino until a doctor cleared him to play.

Known at the Poker Brat, Hellmuth returned to the tournament, once even wearing a Star Wars Darth Vader costume, but has been eliminated.

Another former WSOP main event winner, Doyle Brunson, also stepped aside, saying COVID-19 was “everywhere” at the tournament. On his doctor’s advice, the 88-year-old player known as Texas Dolly later declined to return.

A Hollywood biopic is in the works about Brunson, a poker veteran who made his mark in Texas roadhouses and later in Las Vegas card rooms during the city’s Mob era decades ago.