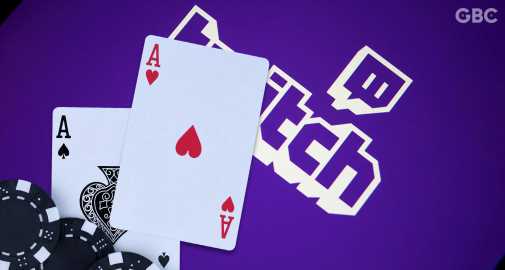 What Is Going On with Gambling on Twitch After the Ban

After the ban on streaming from unlicensed casinos in the US and other trusted jurisdictions came into effect on Twitch on October 18, streaming views plummeted. Some streamers have even left the platform. GBC Time journalists investigated whether things are really that bad.

Also, read this article in Ukrainian.

According to the Streamscharts site, the average number of viewers on the eve of October 18 was the highest for the whole of the month – 69 954 users. On day X, the numbers fell to 28 295 and continued to drop in the following days, reaching a current low of 7 536 viewers on October 22. That is, the fall was almost 90% of the highest value.

However, it should be noted that after October 22, the process began to reverse, and the average number of viewers slowly but steadily went up. As of October 24, there were already 14 907 viewers.

Also, the October 17 figures are much higher than the statistical average. So, while it was actually a very big drop, the averages positively differ from the lowest figures by about 10%.

Peak viewership dropped to about 10-15% from the average level

The same margin of error applies here as with the average number of viewers:

The average number of channels fell by almost 40%

It looks as if streamers have taken a technical pause to revise their strategy. But after the sharp decline, you can see a very slow but definite rise.

As you can see on the charts, the slot audience began to fall off little by little since the announcement of the gambling ban on September 21.

Moreover, peak viewership was also hit by the update, while the average number of viewers remained more or less stable until the introduction of the ban.

In the other gambling categories, there was also a surge of interest on October 17, but the situation differs afterward

Stats for virtual casinos also dropped, but not as catastrophically as slots

This may be due to the fact that the category did not have such insane numbers as slots before.

24 190 viewers on September 17 was the highest number for the category ever, and peak views were higher only at the beginning of the year. As for the percentage, the virtual casino category had a much smaller decline than the slots, about 50% in the worst case.

Viewing hours also began to gradually fall in September, but this is not the first time for this category.

Poker didn't lose or gain anything from the casino ban

Apparently, the poker audience is so different from the audience of slots that even the Twitch ban did not make the latter join the connoisseurs of the card game. Sure, on October 17, the category was also in high demand, but the next day the figures returned to normal.

At first glance, it seems that the gambling ban on Twitch turned out to be a real disaster. However, in fact, it is just an adaptation period. And the gradual increase in indicators indicates just that. The category of slots is not going anywhere, and neither are the streamers spinning them. But now they will have to choose their partners and playgrounds more carefully in order not to get fined and blocked. Twitch does not force anyone to quit gambling completely. According to the company's representative, each case of infringement will be considered separately – without automated penalties. And, if you choose legal platforms that comply with the laws of the licensing jurisdiction and care about the safety of players, and do not use a VPN to bypass the rules, no one prohibits you from entertaining the audience with gambling streams. At least for now.