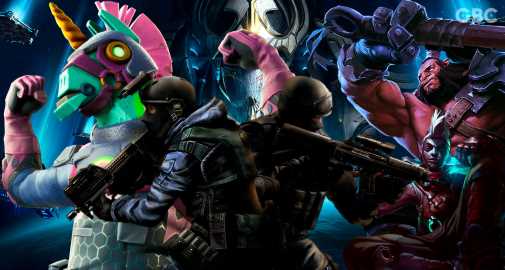 Today's video game industry has been delighting players with multiplayer titles regularly for the past 20 years. However, only the most advanced and engaging games gain traction in esports. Thanks to these trendy games, many countries have begun to take esports seriously and contribute to its growth. So, today, we will tell you about five games that shape the modern competitive gaming scene around the globe.

Released in 2013, this MOBA project has become a video game phenomenon right away. Its gameplay is based on the battle between two teams of five players who must destroy all the key enemy buildings. Valve Corporation, which developed the game, decided to organize the highest-paying esports tournament in history called The International after the release. It allowed the winning team to grab $1 million, which was unprecedented at the time. Since then, the tournament has become an annual tradition with skyrocketing payouts.

This is another project from Valve Corporation that has become a real benchmark in the first-person shooter genre. In this game, players join counter-terrorist and terrorist squads. Each team includes five gamers in a classic esports format. While the terrorists must plant the bomb at one of the two points on the map, their opponents must defend those points from the explosion. This gameplay loop may seem fairly simple at first glance. But any experienced player knows that CS remains such a popular esports game thanks to its excellent shooting model and financial management between rounds.

Considering that this game took the world by storm right after its release by Epic Games in 2017, it is not surprising that it has become another hit in the esports segment. The title's most popular Battle Royale mode is the perfect format for competitive events. One giant map with destructible environments. Up to one hundred passionate players. And only one of them can be the winner. To give you a better idea of ​​how much today's Fortnite professional players earn, we will mention Kyle "Bugha" Giersdorf. This 16-year-old boy won the first Fortnite World Cup and received $3 million in 2019.

This game is the main competitor of DOTA 2 when it comes to the MOBA genre. The rules of the game are quite traditional here. Two teams of five people fight to quickly destroy all enemy buildings. LoL has the biggest army of fans in Asian countries. While it does not beat DOTA 2 in terms of prize money, players can also compete for substantial prize pools in this game. Overall, the League of Legends esports events generated over $75 million in payouts.

The StarCraft franchise is an integral part of video game history, especially in an esports context. This real-time strategy game where gamers play against each other with certain races is a real test for your micro-control skills. To win, players must wisely use their resources and manage combat units. Those who do it faster than others gain a strategic advantage and can attack the opponent's buildings more effectively. StarCraft 2 players have received over $33 million in winnings since the game's release in 2010. And it is worth noting that most of LoL’s top esports competitors live in Asian countries.