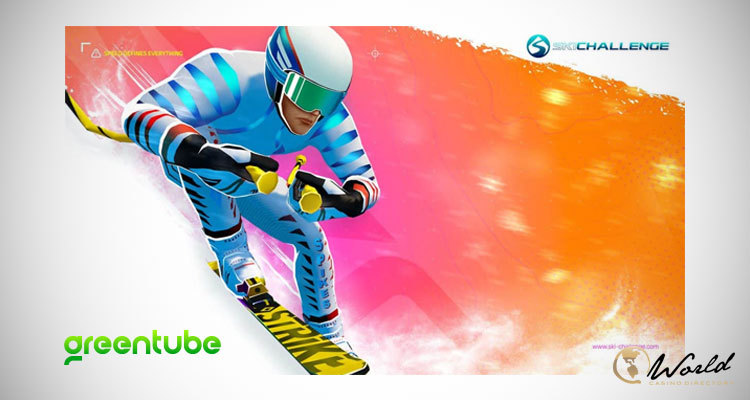 The season of winter sports is here – and that means skiing, a lot of skiing! The NOVOMATIC Digital Gaming and Entertainment division, Greentube, finally announced the newest version of Ski Challenge, its globally famous mobile esports experience.

Take a look at the new features:

The company changed the game, adding some game-changing updates to it and making it better than it has ever been.

Recently, the game has been available on iOS and Android devices, so almost everyone can download it.  The organized tournaments await the players: they will be able to compete against each other and earn significant real-money prizes. The new update brings a lot of new features, including a brand-new ranking system, in-game leaderboards, and completely new customized items.

Skill points can be collected by competing in the races. That way, the players can reach heights that are beyond their imagination. They can rank in one of a few categories: Bronze, Silver, Gold, and Master. The ranking isn’t the only perk the players will get: they can also get their name etched in history, becoming famous for appearing on time-based leaderboards. So, there is a chance to become the king of the hill and master your skiing skills – you just need to dare to try!

Aren’t you tired of the same old look in every game you’ve ever played? Now, things are changing. You’ll be able to customize your look, adding new clothes and accessories to your avatar. As you play, you can expect new items in the game, so you’ll never get bored.

Ski Challenge is the first-ever game Greentube ever released. It was launched back in 1998, and partners on that project were Swiss-Ski, the Austrian Ski Federation, and the German Ski Federation. They offered the players some exclusive tracks – and the rest is history.

Michael Bauer, Greentube’s CFO/CGO, said: “Unsurprisingly, this new and improved version of Ski Challenge has proven to be a huge hit with players old and new. It would have been remiss of us not to continue its development post-launch, considering so many people are enjoying the game.

“This trio of exciting updates adds an entirely new layer to the game that we are confident players will welcome and enjoy. On top of this new functionality, we will further develop additional features which will increase the competitive element between the players, such as tournaments. Although the product is already really fun to play, there’s a lot more to come in the future – so stay tuned and practice your skills.”