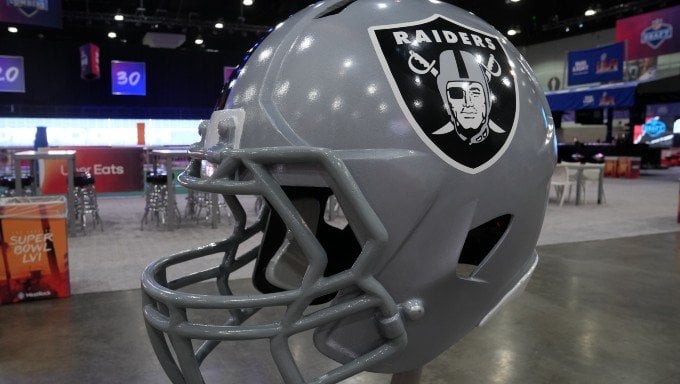 The recent announcement comes only week before the Raiders take the field against the Jacksonville Jaguars in the league’s first preseason game this season.

As former chair of the Nevada Gaming Control Board, Morgan was tasked with regulating the state’s casinos and its sports-betting industry. Wagering is legal at sportsbooks inside Nevada casinos and on mobile apps that must first be registered in person at a gaming location.

The UNLV law school graduate earned a reputation on the Control Board and Nevada Athletic Commission for integrity and fairness.

Derek Stevens, owner of Circa Resort and two other downtown Las Vegas casinos, said Raiders owner Mark Davis made the right call in naming her president.

Circa, an adult-only resort on Fremont Street, opened in late 2020. Circa was the first hotel-casino built from the ground up in downtown Las Vegas in 40 years.

“It was a pleasure to work with Sandra Douglass Morgan during the pandemic and during the final year of construction for Circa,” Stevens told the Las Vegas Review-Journal. “I highly respect her and believe Mark made a great choice for president of the Raiders.”

In her role with the Raiders, Morgan will remain on the Caesars Entertainment board of directors.

The Raiders are less than a month away from opening the NFL preseason in the Aug. 4 Hall of Fame game against Jacksonville. The game is being played on a Thursday night in Canton, Ohio.

The Hall of Frame game launches a new season of NFL betting. NFL games are the most heavily wagering sporting events in the country.

With first-year coach Josh McDaniels on board and quarterback Derek Carr locked into a three-year contract, the Raiders hope a renewed sense of on-field stability will result in an improvement on last year’s 10-7 season. Last January, the Raiders lost in the AFC wild card game to the eventual Super Bowl runner-up Cincinnati Bengals.

This year, the Raiders open the regular season with a Sept. 11 road game against the Los Angeles Chargers.

At FanDuel Sportsbook, the Raiders are at +4000 to win this season’s Super Bowl. The Buffalo Bills are favored at +650.

The Jaguars also have a new head coach, Doug Pederson, a former NFL quarterback and a Super Bowl-winning coach for the Philadelphia Eagles.

Jaguars fans are counting on Pederson and quarterback Trevor Lawrence, a 6-foot-6 former Clemson standout, to improve on last season’s 3-14 record. The team didn’t win any of its eight road games last season.

In their Sept. 11 regular season opener this year, the Jaguars are on the road against the Washington Commanders. FanDuel has Jacksonville at +12000 to win this season’s Super Bowl.

Below is information about the Raiders-Jaguars Hall of Game preseason game.

Where: Tom Benson Hall of Fame Stadium in Canton, Ohio

At FanDuel Sportsbook, the Raiders are favored to win the game by two points.