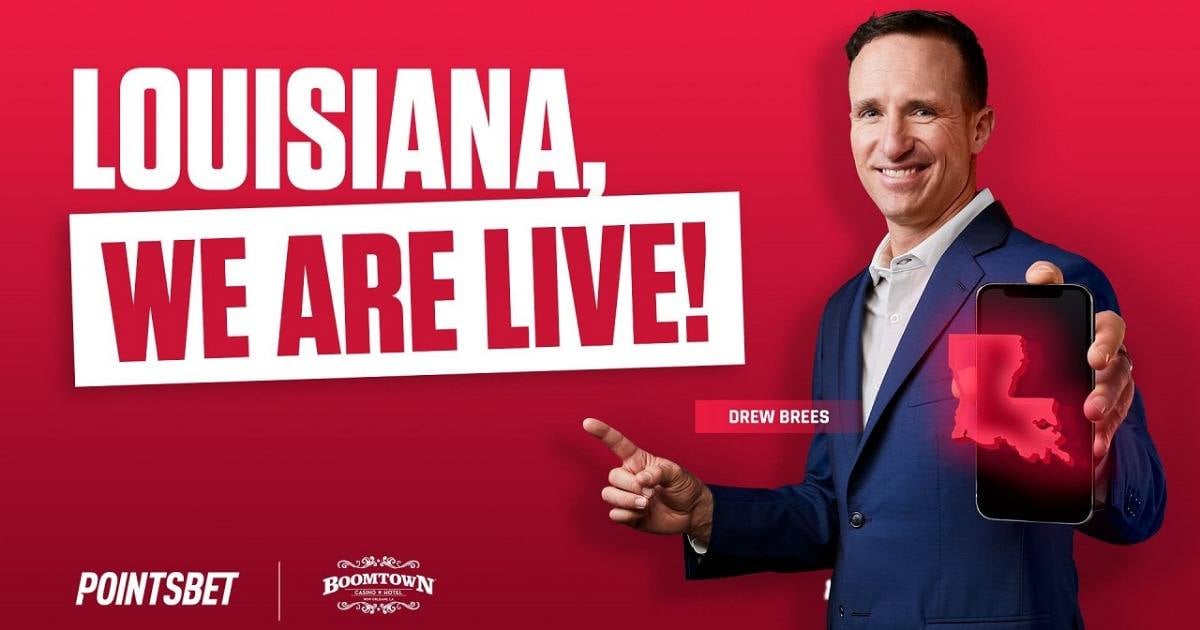 PointsBet Louisiana officially launched in Louisiana on Thursday, making it the 12th state that PointsBet operates an online sportsbook in the United States.

“The sports community of Louisiana, one that our very own brand ambassador Drew Brees is very familiar with, is unmatched with their devotion and passion for their local teams, the New Orleans Saints of the NFL, New Orleans Pelicans of the NBA and nationally recognized college football programs,” PointsBet CEO Johny Aitken said in a news release. “We look forward to delivering Louisiana sports fans, from Bourbon Street to the Bayou, our fast, premium sports betting products. And, with the NFL and CFB season in full swing, the timing is perfect to showcase our live betting capabilities.”

PointsBet held a Ringing of the Bell ceremony in Louisiana, with Senior Director of Regulatory Operations and Heather Schiaraldi Laferriere, Director of Product Marketing, taking part in the event to celebrate the launch.

PointsBet Sportsbook gained access to Louisiana through its partnership with Penn National Gaming. It is the fourth state for PointsBet to launch along with Penn.

To celebrate the launch as a Louisiana sports betting operator and to welcome new users, PointsBet is giving new bettors the chance to earn up to $2,000 in free bets.

If your first PointsBetting wager loses, you can earn a free bet for the loss amount up to $1,500. Players can also earn up to $500 in a free bet if their first fixed odds wager loses.

The Brand is No Longer Sunday Night Football Sponsor

In Week 2 of Sunday Night Football featuring the Green Bay Packers and Chicago Bears, viewers may have noticed the odds graphics shown during the game no longer included PointsBet, but instead, BetMGM.

It’s a unique move considering PointsBet signed a five-year marketing agreement with NBC in 2020. With the deal, NBC also gained a 4.9% stake in PointsBet.

Speaking to the Sports Business Journal, PointsBet Chief Strategy Officer Eric Foote detailed how PointsBet will look to maximize its efforts on its current customer base at the regional level rather than advertise to viewers in states where online gambling has yet to be legalized.

“We obviously are still doing things around the NFL that we are able to do without the ASO partnership, through various assets NBC has,” Foote said. “But as far as us being in a spotlight on the national level, we’re not going to focus on national assets. We’re going to focus on local and regional, and that can be through owned-and-operated. That can be through RSN. That can be through Peacock. Through digital. Things that we can really target. We feel that makes the best use of our dollar. As legalization continues in some of these larger states, we’ll easily be able to flip that switch and consider the national approach vs. the local.”