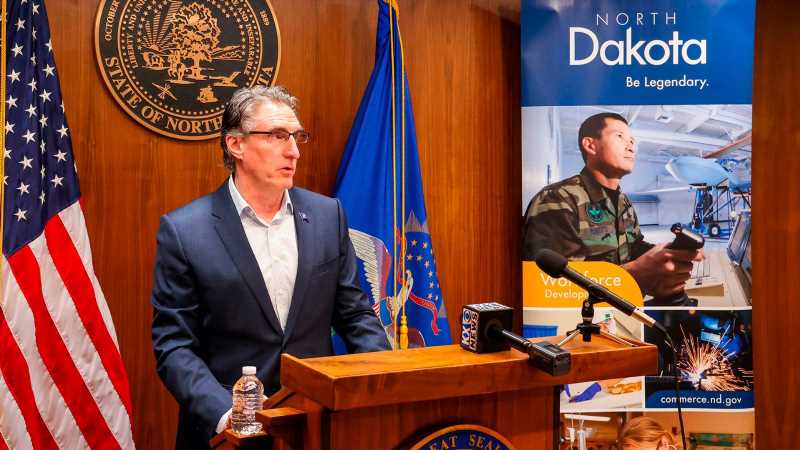 North Dakota’s Governor Doug Burgum rejected Wednesday a plea by state tribes to grant them exclusive rights to host online gaming and sports betting, activities that are not allowed under current state law.

The tribes asked the two-term Republican governor to approve the gambling expansion under new compacts, as the current ones, one for each tribe, expire at the end of this year.

In an official statement, the Governor said: “While we understand and appreciate the desire by some of the tribes to extend online gaming beyond their reservation boundaries, a clear legal path does not exist for the governor to grant such a broad expansion of gaming.”

Nonetheless, Burgum did endorse the tribes’ appeal to lower the legal gambling age from 21 to 19 at the state’s five Native casinos, and allow people to use credit or debit cards to bet, according to spokesman Mike Nowatzki, Associated Press reported.

Under the agreement, the state’s five tribes have each pledged $25,000 for gambling addiction programs, he said.

The tribe's proposal for internet gambling and sports betting called to allow gamblers throughout North Dakota to use mobile devices to place bets that would be funneled through computer servers on tribal land.

Nowatzki pointed out that the compact does allow for such gambling within reservation boundaries using mobile devices. However, gaming beyond tribal land is not allowed under state law. But the compact has a so-called trigger provision to allow the tribes to offer such gambling if authorized by state and federal law at some point.

North Dakota's tribes pushed for the online gaming expansion after their casinos, typically among their biggest employers, were hurt by the explosion of Las Vegas-style pull tab machines that were legalized in 2017 to benefit charities. However, charities argued at a public hearing last month that allowing tribes to host internet gambling and sports betting in the state — a monopoly worth millions — could effectively end charitable gambling in North Dakota, further reports AP. 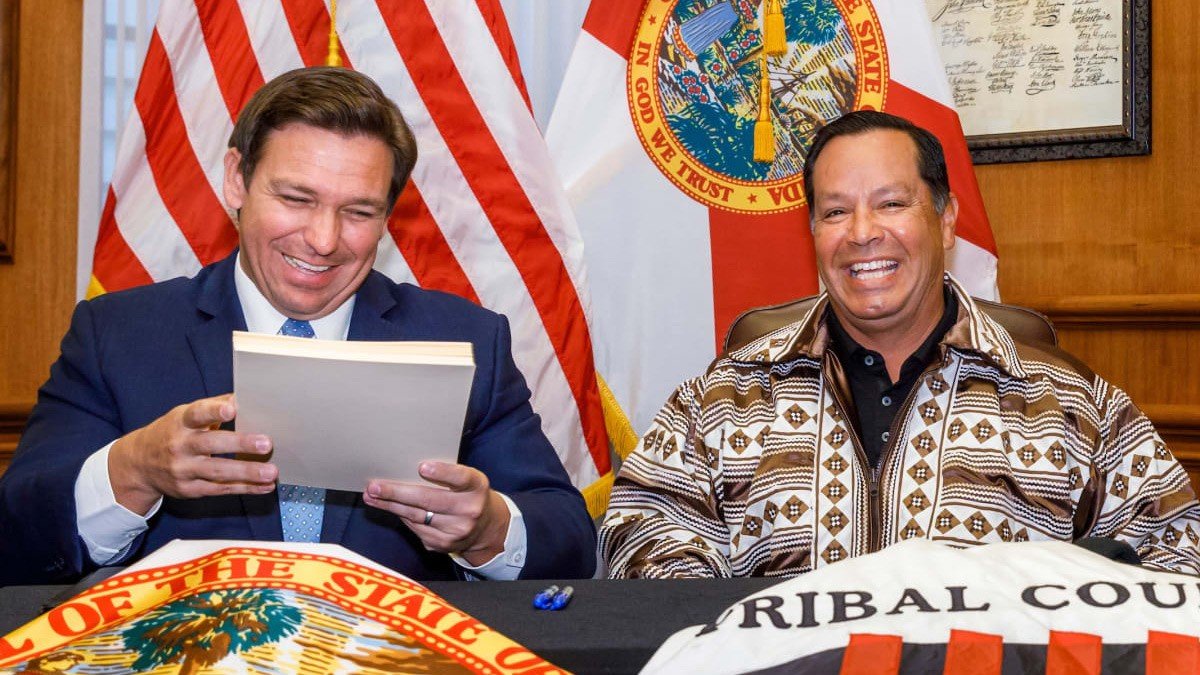 A similar compact between Florida and the Seminole Tribe is currently tied up in federal court after a judge in November found the multibillion-dollar agreement between the state and tribe allowing online betting violated a federal rule that requires a person to be physically on tribal land when wagering.

Back in early October, the Tribe and the United States Department of Interior leveraged new arguments in their latest court filings, seeking to reinstate the tribe's expanded gaming compact in the state. As a result of that agreement, sports gaming briefly launched in Florida during the last year – but was shut down after a ruling by the DC Circuit court.

The controversial compact granted the Seminole Tribe the exclusive right to operate sports betting throughout the state, as long as bets were processed on servers located in tribal land. But Judge Dabney Friedrich ruled against it and found it unconstitutional that same year, on the grounds that the Seminoles were breaking the Indian Gaming Regulatory Act (IGRA) by accepting online wagers, deeming the proposed model a “fiction.”

Under the Florida-Seminoles agreement, bettors were allowed to place wagers through mobile devices anywhere within the state, as long as these were processed through computer servers on tribal property. The agreement claimed this constituted betting on tribal land, which was soon contested by other gaming interests in the state.