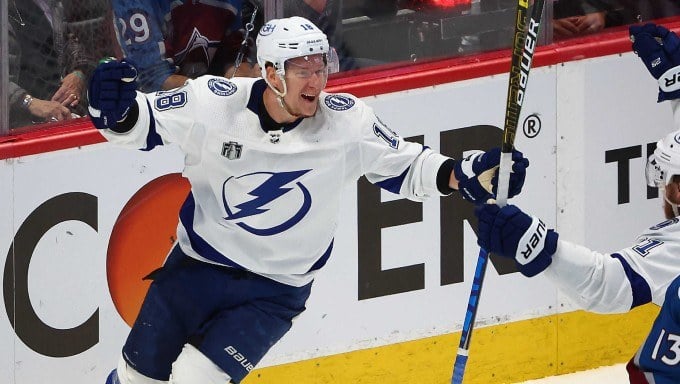 NHL Free Agency Fallout After the First Week of Moves

NHL Free Agency started with its usual flurry of signings, head-scratching moves, and so much more last Wednesday afternoon. As of Monday morning, $647.5 million were spent on 154 free agents. The best part is the weekend spotlighted some trades but little in the way of notable contracts.

Alas, there is a definite fallout between the deals and the ones yet to come. Here is a quick look at what notables have signed, what it means as you ponder your NHL betting, and what might come next.

Last year, the New Jersey Devils signed former Calgary Flame Dougie Hamilton. This season, Tom Fitzgerald and the Devils were in the running for Johnny Gaudreau. It became clear that the former Calgary winger had other intentions.

Gaudreau turned down a $10+ million offer to stay in Calgary, instead signing a seven-year contract with $9.75 million AAV with the Columbus Blue Jackets. Jarmo Kekalainen swung big and connected.

While this move makes Columbus an improved team to watch, the Metropolitan Division is stacked with teams like the New York Rangers, Washington Capitals, Carolina Hurricanes, and Pittsburgh Penguins, for starters.

The Blue Jackets showed that free agents could come to Columbus at least. Kekalainen must re-sign Patrik Laine and avoid arbitration. After that, he must keep the team cap compliant.

New Jersey may have lost out on Johnny Gaudreau, but it did sign Ondrej Palat to a five-year contract worth $30 million. Palat was a playoff staple for the Tampa Bay Lightning the past three seasons. The Tampa Bay winger racked up 27 goals and 52 points in 71 postseason contests, including 11 goals and 21 points in 23 games this second season.

Along with some of Tom Fitzgerald’s other moves, New Jersey set itself up well in what is still an upward climb to relevance in a stacked Metropolitan Division. It is a start.

The Vancouver signing of Ilya Mikhevev to a three-year deal ($4.75 million AAV) likely signifies an eventual trade of J.T. Miller but when that happens remains a mystery. Mikheyev figures to play top-six minutes eventually.

Trocheck hopped from Carolina to the New York Rangers. Trocheck signed a seven-year deal ($5.625 million AAV) to become the Rangers’ No. 2 center. Andrew Copp, who signed a five-year contract with Detroit, might have been a better option, but Gerard Gallant was quite familiar with Trocheck. New York will not enjoy that deal, but it solidifies them down the middle.

Washington signed Stanley Cup winning goaltender Darcy Kuemper to a five-year deal worth $5.25 million AAV. The Capitals needed a starter after Vitek Vanicek was traded and Ilya Samsonov signed with Toronto. Kuemper provides the Capitals with a goaltender who should be able to play 50 games.

And Then More Signings

The Red Wings patched several holes in mere days. Though they have a long way to go, the Red Wings helped their cause.

The oddest move might have been from Seattle. The Kraken signed Andre Burakovsky to a five-year deal worth $27.5 million. Seattle needs scoring in the worst ways, and Burakovsky is more of a playmaker who shoots little.

Nazem Kadri headlines the free agent list. Kadri and his agent mill through several offers. A decision could be reached at any time. Patrice Bergeron and David Krejci have not made their decisions in Boston. Nino Niederreiter is a sought-after free agent, but Klingberg may re-sign in Dallas.

Teams have spent trying to improve their fortunes. Whether they have or not remains to be seen at a later date.

One thing is for sure, expect the 2023 Stanley Cup Futures to swing when new numbers are updated.