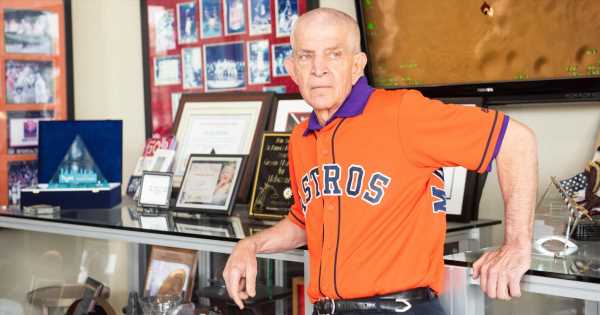 Mattress Mack: Texas Won't Have Legal Gambling ‘In My Lifetime'

“There won’t be legal sports betting or gambling in Texas in my lifetime,” he told Gambling.com on Wednesday.

Opposition from religious groups is a factor in keeping legal gambling out of the state, he said.

McIngvale said he respects the opinion of those opposing gambling, but he doesn’t have a strong feeling one way or another about legalizing it.

McIngvale said the argument that Texas loses tax revenue when residents travel to other states to place legal bets is not the real issue regarding taxation.

“There’s a lot of tax money in the state,” he said. “We need more taxpayers, not tax takers.”

Through his Houston business, Gallery Furniture, McIngvale has created job training programs and other educational efforts to help people earn a diploma and find employment.

He said the public policy issue he’s focused on is not gambling but crime reduction, adding he wants to help “make the streets safe for everyone.”

McIngvale’s thoughts on legal gaming in Texas come only days before the Nov. 8 election.

Recently, Texas Gov. Greg Abbott’s spokesperson said the governor, who previously has spoken out against casino expansion, might be open to considering it now.

“But, if there is a way to create a very professional entertainment option for Texans, Governor Abbott would take a look at it,” Eze said.

Democratic challenger Beto O’Rourke has said he would be inclined to support legal sports betting and casino expansion if it led to a reduction in property taxes.

With the campaigns headed into the final stretch, Abbott is favored to win re-election, according to FiveThirtyEight, a website that analyzes public opinion polls.

The website has posted results from various polls showing Abbott leading by 3% to 11%.

Whichever candidate wins, the governor’s view on gaming could have an impact on legislation. Texas lawmakers have rejected gambling bills in the past but are expected to address sports betting and casino expansion when the Legislature meets again next year at the Capitol in Austin.

Currently one tribal casino, the Lucky Eagle Casino Hotel, is operating in the state. The Lucky Eagle is in Eagle Pass, west of San Antonia near the Rio Grande river separating Texas and Mexico.

At a recent Louisiana Gaming Control Board meeting in Baton Rouge, Chairman Ronnie Johns expressed appreciation for the Texans who cross the border into the Bayou State to bet legally. Money spent in Louisiana boosts tax revenue for programs in that state.

In Louisiana, casino gambling is legal, as is sports betting, including on mobile apps and in person at casino sportsbooks.

He recently wagered $10 million on the Houston Astros to defeat the Philadelphia Phillies in this season’s World Series. Some of his World Series bets were placed in Louisiana, while others were made in Iowa, he said.

At FanDuel Sportsbook, the moneyline on Friday’s game has the Astros at -168, while the Phillies are at +142.

If the Astros win the World Series, McIngvale stands to win about $75 million.