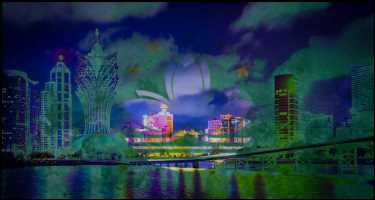 The almost 40 casinos in Macau reportedly had a disappointing September after seeing their aggregated gross gaming revenues decrease by 49.6% year-on-year to slightly over $366.33 million.

According to a Saturday report from Inside Asian Gaming citing official information from the enclave’s Gaming Inspection and Coordination Bureau regulator, the figure for the 30-day period nevertheless represented a sequential rise of 35.3% when compared with August’s finishing of tally of about $270.73 million. The source explained that the September reckoning was also the best since the around $413.19 million sum the city’s casinos saw for May and was some 10.6% better than the approximately $331.07 million score for April.

Macau is home to some of the planet’s largest and most prestigious casinos operated by Wynn Macau Limited, MGM China Holdings Limited, Sands China Limited, Melco Resorts and Entertainment Limited, SJM Holdings Limited and Galaxy Entertainment Group Limited. The September tally reportedly means that these properties have now racked up a little beyond $3.93 billion in aggregated gross gaming revenues since the start of the year, which is nonetheless 53.1% below the roughly $8.38 billion tally that was racked up for the same nine-month period in 2021.

For its part and GGRAsia used a Saturday report on the matter to detail that the September figure took Macau’s third-quarter aggregated gross gaming revenues to approximately $686.37 million, which equates to a more than 70.4% decline when compared with the about $2.32 billion figure for the same three-month period in 2021. This deterioration purportedly comes as the city’s many casinos are continuing to recover from an eleven-day lockdown that was initiated in July following a local spike in coronavirus infections and an ongoing range of mainland travel restrictions. Inside Asian Gaming reported that Macau has yet to initiate quarantine-free travel policies for those gamblers visiting from mainland China while the city’s daily arrivals for September remained at about 20,000, which was far below the around 108,000 tally seen for the same month last year. Citing data from the Macao Government Tourism Bureau and GGRAsia followed this by disclosing that the enclave welcomed 331,397 tourists in August and that this had equated to a drop of 19% year-on-year for a daily average of 10,690.

Nevertheless, there is some hope of the horizon as Macau’s Chief Executive, Ho Iat Seng, reportedly last week divulged that his government was taking positive steps towards addressing a range of tourism-related issues. As part of this and the leader purportedly noted that the former Portuguese enclave soon intends to reinstate package tours and local eVisa schemes following discussions with the central government of China.