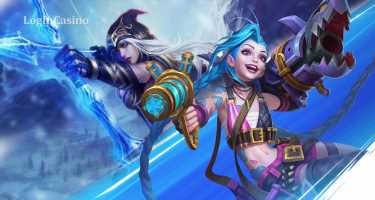 Riot announced that the League of Legends World Championship would be held in the Pudong arena with a live attending audience. Still, the stadium will not be filled entirely, but about 20% of the full capacity should be present. Moreover, the company announced that tickets would be free under a few conditions.

The cyberworld is waiting for the esports news that gaming competitions will return to LAN format. The total lockdown caused by the coronavirus outbreak didn't stop the cybersports, but major competitions were always focused on bringing the audience to the arenas and creating a unique atmosphere. Now, Riot Games announced that the World Championship 2020 in League of Legends, their primary competitive game, would be held with a live audience in the arena.

The head of events of the regarded game developer, Jarret Siegel, said that the company is working closely with Shanghai governors to make it possible. Riot recently announced that there would be 6312 fans in Pudong Stadium, while the tickets will be free. The company promises to organize a raffle for those who have a Chinese phone number and ID. Also, the company wants to encourage dedicated fans, so the potential attendant has to have the 30th level on the Tencent server.

Why was Shanghai chosen for holding LoL finals?

Before the coronavirus-related measures, the League of Legends World Championship was supposed to be held in different Chinese cities. However, the pandemic forced organizers to turn to a bubble-format and lockdown in Shanghai. Also, the newly built Pudong Stadium is a perfect place to hold suchlike events, where the social distancing and all other preventive measures can be applied in practice.

Read more: What games are the best-suited for esports betting?

Read more: Are esports stocks the ones to invest in?