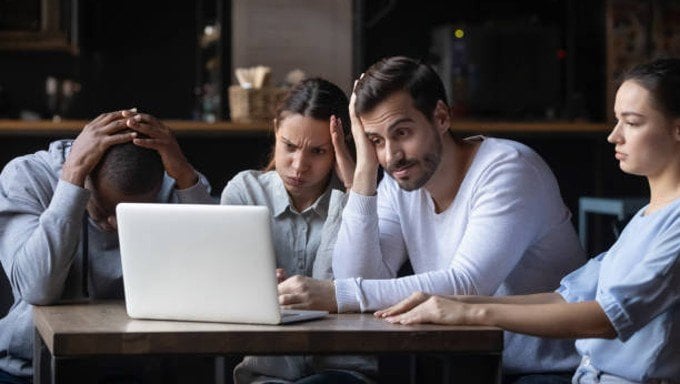 A bill that would have legalized sports betting in Kentucky died Thursday at the statehouse in Frankfort on the final day of the 2022 legislative session.

In a speech from the Senate floor on Thursday night, Senate Majority Leader Damon Thayer, R-Georgetown, announced, while listing legislative successes and failures, that the sports betting bill lacked the votes to be approved.

The announcement came as a surprise. The Senate did not conduct a formal public vote on the sports betting measure.

Thayer, a sports betting supporter, said he was disappointed in the outcome but will continue to advocate for sports betting at next year’s legislative session, beginning in January 2023.

He said he believes the outcome “will change by next year.”

If it had become law, the bill also would have permitted online poker and fantasy sports games.

The General Assembly’s failure to approve sports betting at this year’s session, which ended Thursday on its 60th day, means Kentuckians won’t be allowed to wager on sporting events legally in the state.

This does not impact wagering on authorized horse races, which remains legal in Kentucky, home of the annual Kentucky Derby, the first leg of the Triple Crown.

The bill faced resistance in the Senate, where Republicans outnumber Democrats 30-8.

Senate President Robert Stivers, R-Manchester, has said he did not believe the votes existed in the Senate to approve the sports wagering bill.

Thayer previously told Gambling.com that sports betting is opposed in rural parts of the state with larger numbers of conservative and religious residents. The opposition was an obstacle in the Senate, he said.

That procedure meant the bill would have needed approval in the House again before returning to a Senate committee and the full chamber for a vote.

Those complicated procedures sometimes are difficult to achieve during the concluding days of a legislative session.

If the bill had been approved in the House and Senate, it would have gone to Democratic Gov. Andy Beshear for his consideration.

The governor has said he supports sports betting and was expected to sign the bill into law.

Sports betting is legal in most of Kentucky’s neighboring states.

Missouri is the only state bordering Kentucky that lacks legal sports betting. However, a sports betting bill is under consideration in this legislative session at the Missouri Capitol in Jefferson City.

Legal sports betting can’t begin in Ohio, however, until gaming regulators establish the rules to govern the industry and license the approved bookmakers.

The law in Ohio specifics that Jan. 1, 2023, is the deadline to implement mobile and on-site sports betting statewide. Supporters hope it can be operational before then, possibly in time for the 2022 football season in the late summer or fall.

Sports betting supporters in Kentucky, including the state Chamber of Commerce, argued that the Bluegrass State is losing tax revenue to surrounding states where sports wagering is legal.