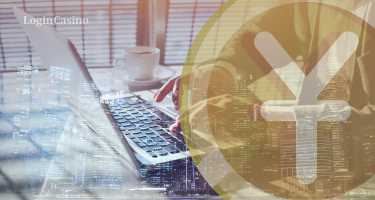 The procedure of accepting the digital yuan is going fast in China, where the local retail giant, JD.com, joined the process. The B2C e-commerce representative is ready to award 100 000 Chinese people with $30 certificates each in order to test the new currency. Login Casino follows the latest cryptocurrency news and explains how close China is in its way to accept new money.

The influence of digital currencies is growing daily with new tokens entering the market, while the older ones are increasing their value on exchanges. The idea of declining cash and paper money from the payment process conquered even different countries' rulers. At the moment, China is showing a huge pace towards the implementation of the digital yuan.

How will the testing process take place?

In order to facilitate the process, JD.com, a Chinese e-commerce retailer, agreed to help the process. The lucky 100 000 Suzhou citizens will receive about $30 (200 yuan) each that can be spent during two weeks of the 'Double 12' festival.

At the moment, about 10 thousand shops agreed to take part in the initiative. Among the obligatory conditions for the luckiest is to download the Digital Renminbi application that will be used to spend money. Interestingly, the app will be available only via a special link so the only chosen people can use it.

How far is China from accepting digital currency?

JD.com becomes the biggest company that joins the process of accepting the Digital Currency Electronic Payment (DCEP). However, the idea of testing the new money by drawing digital assets via the lottery isn't new. The government of Shenzhen, another technological city in China, agreed to award its citizens with about $1.5M equivalent of DCEP.

Even though the recent initiatives look scalably, the final acceptance of cashless money is far from the end. Beijing agreed to test DCEP during the 2022 Winter Olympic games, which will happen only in a year.

Even though the idea of replacing cryptocurrencies and digital assets is widely accepted as a positive process, some of the Chinese industries are worried about it. Thus, Macau casinos, which are using their unique currency – Hong Kong Dollar only – are persuaded that digital currencies will lead to revenue decrease. The representatives of the 'Asian Las Vegas' consider DCEP as a control in the financial sector, which will disallow rich punters to spend as much as they want in Macau.

Read more: What is the role of Bitcoin and Ethereum in the recent crypto balance?

Read more: Is it better to invest in blockchain stocks instead of cryptocurrencies?