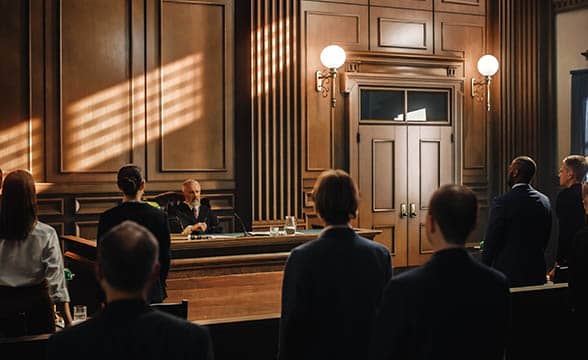 IPI on Its Last Legs after Renewed Legal Disputes

The Commonwealth Casino Commission (CCC) has filed a petition against casino operator Imperial Pacific International (IPI) due to the latter’s failure to comply with a previous court order and pay out $25 million in missed license fees. This most recent legal trouble is the latest in IPI’s series of legal issues, which almost caused the company to lose its license several times.

2022 has undoubtedly been a rough year for Imperial Pacific International. The company primarily operates in Saipan, the largest of the Northern Mariana Islands, a commonwealth of the United States. In February, IPI came under severe scrutiny for failing to uphold the terms of its license agreement. The operator missed its payments on several mandatory fees and did not manage to meet its minimum $2 billion capital requirement.

IPI was in legitimate danger of losing its Saipan casino license, but thanks to some skillful legal maneuvering, the operator managed to postpone the final verdict two times. However, it appears that the company has only been delaying the inevitable, as The Commonwealth Casino Commission, Saipan’s regulatory body, once again pursues legal action.

The Operator Failed to Pay Its Dues

According to the CCC, IPI has failed to comply with previous court orders, which decreed that the regulator had the full authority to suspend the operator’s license. In addition, IPI still has to pay over $25 million in missed license fees, with interest.

Assistant attorney general Keisha Blaise requested the court to officially confirm that IPI failed to comply with Superior Court Commission Order 2021-002. So far, the operator has not made any payments despite the legally binding decision. If IPI is found non-compliant, it will allow the CCC greater ease in pursuing its dues.

The End Appears to Be Fast Approaching

The $25 million owed to CCC represents just a quarter of Imperial Pacific’s debt. The company owes the Northern Mariana Islands government over $100 million, and it is becoming increasingly unlikely that the money will ever be repaid. The sale of IPI’s remaining gaming machines from its defunct Saipan casino failed to raise enough capital to make a significant difference. With the failure of all potential financing talks, there is little hope for the struggling operator.

Despite Imperial Pacific’s maneuvering and delaying tactics, it appears that the company’s poor decisions are finally going to catch up. It is a miracle that IPI managed to keep its license as long as it did, but with limited options, empty coffers, and unending legal troubles, the saga should soon reach its logical conclusion.