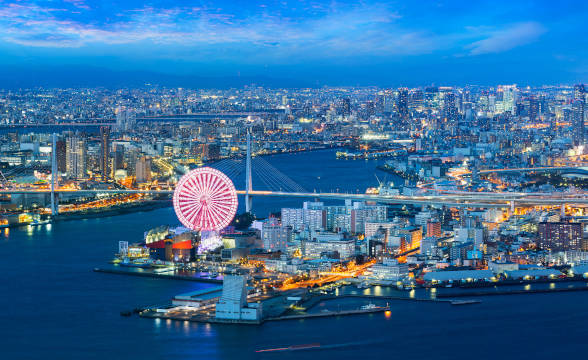 Integrated Resorts Decision in Japan Likely Not Coming Until 2023

The Ministry of Land, Infrastructure, Transport, and Tourism of Japan is not sure whether it will be able to reach a final decision by the end of the year and rule on whether Osaka and Nagasaki prefectures may host an integrated resort. This is why the suspense may carry over into the next calendar year, with lawmakers arguing that it would be difficult to issue a ruling on what they see as short notice.

Osaka and Nagasaki Most Likely to Wait Until 2023 for Decision

Both Nagasaki and Osaka have been vying for the opportunity to secure the rights to host Japan’s first integrated resort, or failing that, have the opportunity to develop the one after that. A total of three integrated resorts are planned for Japan, which should transform Asian land-based gambling at a time when Macau is divesting from gambling and looking to boost its tourism industry elsewhere.

Osaka is applying with a consortium between MGM Resorts and ORIX Corp, which is hoping to build a $9-billion property on Yumeshima Island. Nagasaki, on the other hand, is looking to expand with Casinos Austria International which is proposing a $3 billion project in Sasebo City. Both prefectures have faced opposition from locals, but environmental concerns about Yumeshima Island may yet trump the big sum that would be invested in the proposed project.

But Osaka and Nagasaki are understandably growing impatient with prefectures originally expecting a ruling at the beginning of the autumn, which is now passed. Both prefectures are also hoping that they can start construction right away, and hopefully in the spring of 2023. The integrated resort decision has been delayed multiple times already, with the final construction date possibly pushed back beyond 2025-2026.

Strong Local Opposition Could Have an Impact

While the government’s decision is a public matter, the decision-making process is the committee that is making the final ruling. However, the final accreditation will be made available to the public so as to ensure the transparency and fairness of the process. In the meantime, civil groups shave been moving against both prefectures, challenging Nagasaki and Osaka locally and raising various concerns over the introduction of casino resorts on their territories.

There have been calls for referendums with Osaka residents collecting 208,552 signatures seeking to hold a public vote on whether the project should go ahead. Osaka prefecture governor Hirofumi Yoshimura said that there was no need to hold this referendum at the time, but strong local opposition could also influence the government’s final decision.