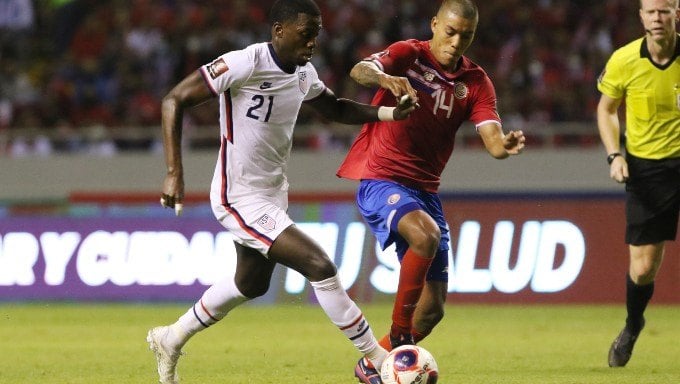 How this U.S. Team Stacks Up to Past World Cup Squads

After missing out in 2018, the United States men’s national soccer team is back in the big time and are set to play against Iran, Wales, and England at the 2022 World Cup in Qatar.

It will be the first World Cup since 2014 for the Stars and Stripes, and with a new wave of soccer fans in the country set to be glued to their screens this winter, we take a look back at the country’s history at the World Cup since 1930.

How Have the USMNT Looked at the World Cup Down the Years?

After previously making it to seven finals in a row from 1994-2014, the USMNT missed out on qualification for Russia 2018. It ended a spell of 20 consecutive years knowing there was a chance of World Cup glory, but after a relatively comfortable qualification process this time around, America will be looking to make up for lost time.

In its last two attempts, it has gotten out of the group stages. South Africa 2010 stunningly saw the Stars and Stripes finish above England in its group, before it was knocked out by Ghana. In 2014, the USMNT was knocked out again in the round of 16 after only one group win. The loss to Belgium sent the Americans home in a game where Tim Howard famously set a record 15 saves in one game.

Their best result came in 2002 when it made the quarterfinals, and lost a close game to Germany. In 1930, 1934 and the 1994 competitions, the USMNT also made it into the knockout stages, meaning in nine appearances at World Cup finals, six times it has progressed out of the group stage.

It’s a commendable feat, but in reality, there have been only two games played in the knockout stages for the USMNT since 2000.

The most memorable year in U.S soccer was 1994. The U.S. hosted the World Cup, and it is the one time the entire world has had its eyes on the United States in the soccer realm.

The USMNT finished third in the group with one win and two defeats and were knocked out by eventual winners Brazil in the round of 16.

The U.S. has had several players over the years who have been recognized on the world stage. Clint Dempsey was a household name for Premier League fans and Landon Donovan was a star. Tim Howard and Brad Freidel also made up a plethora of well-known goalkeeper talent after many years of excellence in England.

Between these ‘glory years’ of 2006-14, however, the Americans underachieved as a team. The USMNT only managed to win two games across a total of 11 at the World Cup finals, and for all the talent on the roster, that was a failure.

While this year’s team might not have Dempsey, Michael Bradley and Donovan to call upon, it has Weston McKennie, Tyler Adams, Christian Pulisic, Brenden Aaronson, Timothy Weah, Malik Tilman, Yunus Musah, Antonee Robinson and Matt Turner all playing for a club within the top five leagues across Europe.

In truth, those players make the ‘golden generation’ of U.S soccer look weak by comparison, and fans should be way more positive in 2022 than they were back then.