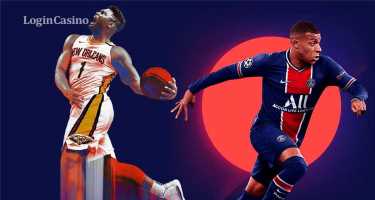 How Far Will Growth of FIFA21 and NBA 2K21 Esport Simulators Go?

The increasing popularity of esports simulators bears many questions, with the primary one about how far all this growth will go. Being the market leaders, FIFA and NBA 2K have already become the basic games for international competitions. Login Casino reviews the latest news in esports and shares insight into how the industry is developing at the moment.

It is not a secret that the pandemic obstacles boosted the cybersport industry. The total lockdown opened the competing power of the digital games' world, which was able to replace the real sports for some time at least. Particular attention should be paid to the sports simulators, where FIFA and NBA 2K are the leaders in the transition from real sport to gaming. Moreover, those esports games are now tightly cooperating with official sporting organizations.

How is FIFA21 gaining momentum?

FIFA21 has become the game for many national and international championships. The EA SPORTS FIFA Commissioner Brent Koning explained the firm's plans to increase the game's broadcasting and viewing capacity and highlighted strengthens of the product the firm is developing. He claimed that EA is going to draw $3 million across diverse local associations and international tournaments, while the previous season contained only $500 000 in rewards.

The notable step towards popularizing the game was made at the end of October when EA organized the 'FIFA 2021 Challenge.' To attract a wider audience, they invited four top cyber sportsmen (Tekkz, Dux Gravesen, Levy "Levy" Frederique, and MoAuba) and four professional footballers (Trent Alexander-Arnold, Achraf Hakimi, Declan Rice, and Giovanni Reyna). According to the game's representative, the event gathered more than 1 million hours of total views, which is equivalent to more than 11 thousand full football match views.

Login Casino has already written about the popularity of basketball simulator NBA 2K, which become the basic game for digital competition in North America. The NBA clubs organized esports teams, mirroring the real sports competition even with the rules like the draft pick before every season. The digital duplicate event of the NBA has prize pools of more than 1 million dollars.

Now, the NBA 2K21 becomes the core element for FIBA, which organizes the second Esports Open. The organization announced that 38 federations confirmed participation in the digital tournament, which should end by the end of the year. FIBA approved that the second tournament would gather more than twice a bigger number of teams. That is a clear sign that esports simulators are inrushing the recent cybersports world.

Read more: How is top esports teams ranking can be formed?