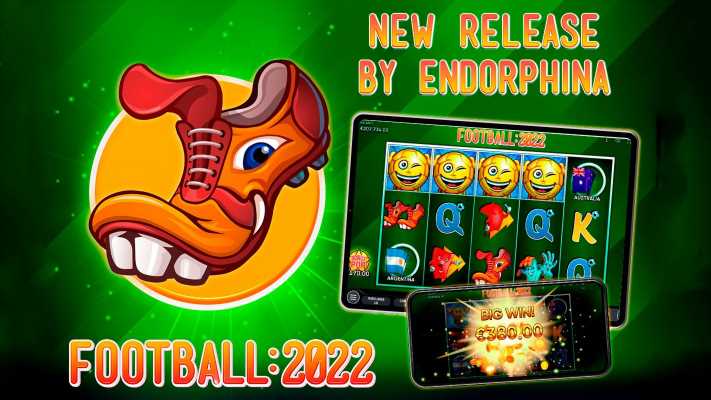 Game developer Endorphina announced Tuesday the release of its newest sports-themed slot, Football 2022, to commemorate the upcoming soccer World Cup. In the game, players can choose their team of choice, compete in matches, and unlock special rewards “to kick off an adventure of their own.”

The game features 5 reels, 3 rows, and 10 fixed paylines. Players will find a footballer's shoe, red and yellow cards, timers, and some football emojis among the symbols on the reels. The football cup that acts as the Wild substitutes for all symbols, except flags and scattered symbols. One or more Wild symbols appearing as a substitute symbol in a winning combination doubles the win.