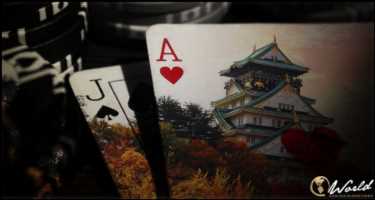 As they look to secure one of Japan’s coming trio of casino licenses and officials in the city of Osaka have reportedly put forward a draft ordinance that would seek to institute measures for the countering of gambling addictions.

According to a report from GGRAsia, the legislation provisionally approved yesterday is thought to be the first of its kind in Japan and will now be debated by the superior Osaka Prefecture Assembly during this body’s autumn session, which is set to run until December 15. The source detailed that the move is being seen a necessary step should the Kansai metropolis of some 2.7 million people hope to convince the federal government it is suitable to host an envisioned Las Vegas-style casino resort.

Japan is home to almost 126 million people and reportedly passed legislation in July of 2018 that is to see the government award a trio of disparate communities with the right to build and run giant casino resorts featuring hotels, convention facilities and large gaming floors. Osaka as well as Nagasaki Prefecture purportedly submitted their official applications in April and could now well discover the ultimate fate of these tenders by the end of the year.

Should it get this final nod and Osaka is reportedly intending to allow MGM Resorts International in partnership with local financial services behemoth Orix Corporation to bring a $7.4 billion casino resort to a 121-acre portion of its man-made Yumeshima Island. This envisioned facility could purportedly open by the end of 2029 and subsequently be run by the American firm under a 40-year license that has been designed to improve the local economy via the attraction of even more foreign tourists.

GGRAsia cited one unnamed Osaka official as declaring that the city is expecting to find out of if its application has been approved by ‘March of 2023 at the latest’ although any subsequent delays could stall the project’s ultimate timeline ‘by one to three years’. The figure purportedly furthermore noted that the language contained within the draft ordinance is based on federal recommendations and calls for the establishment of a gubernatorial-led ‘headquarters’ to come up with safer gambling measures alongside a facilitating ‘expert panel’.

The Osaka Restoration Association, which holds a majority in the Osaka Prefecture Assembly via a coalition with the center-right Komeito political party, reportedly revealed in April that it would be submitting a draft ordinance for the promotion of safer gambling. The local branch of the minority Liberal Democratic Party purportedly put forth its own competing proposal only a month later but this effort was ultimately blocked over concerns that it lacked sufficient funding.