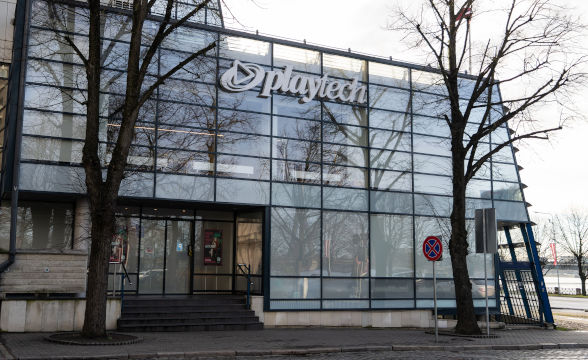 Online gambling software supplier Playtech announced that Andrew Smith, the company’s chief financial officer, will be stepping down due to personal reasons. Chris McGinnis, who previously served as deputy CFO, will take up the position. Smith will leave the business on 28 November after a successful seven-year tenure.

Andrew Smith joined Playtech in 2015 as head of investor relations. In 2017, he stepped up as a chief financial officer. His substantial legal and financial knowledge was a great boon to the company as it helped it expand into an industry leader.

On behalf of the Board, I would like to thank Andy for the contribution he has made to Playtech over the past seven years… We wish him all the best in his future endeavors.

Mattingley lauded Smith’s efforts in guiding Playtech through the turbulent Pandemic period and highlighted some of his most notable achievements, like refinancing Playtech’s external debt and contributing to record-setting H1 2022 revenues.

Smith has not yet commented on his plans for the future, but he is at least leaving the CFO position in capable hands.

By all accounts, deputy CFO Chris McGinnis was the obvious choice to succeed Smith. He joined Playtech in 2017 as head of strategic analysis after more than a decade of relevant experience with high-profile companies. His background and previous positions demonstrate a more strategic and research-orientated mindset compared to Smith’s expertise in corporate finance and regulatory knowledge. However, McGinnis’ growth within Playtech indicates that he is ready for his new position.

Mattingley certainly appears to think so, as he praised the soon-to-be CFO’s performance and deep knowledge of the company and the industry.

I am delighted that Chris will be joining the Board as CFO… He brings a strong set of financial and strategic skills that will be invaluable… to deliver further growth.

According to the Playtech chairman, McGinnis’ talents would be instrumental in executing Playtech’s strategy and helping maintain the company’s competitive edge.

The New CFO Has a Lot on His Plate

As CFO, McGinnis’ immediate concern will be to maintain Playtech’s momentum and expansion. The software supplier recorded substantial H1 revenue, rising 73% year-on-year despite the challenging economic and political climate.

2022 was also outstanding regarding strategic partnerships, significantly expanding the company’s global reach. Some most recent examples are the collaboration with PokerMatch, the largest poker room in Eastern Europe, and the team-up with Ada to create an AI-powered texting and messaging solution. Only time will tell if McGinnis will manage to fill his predecessor’s shoes, but all signs indicate that the position is in capable hands.