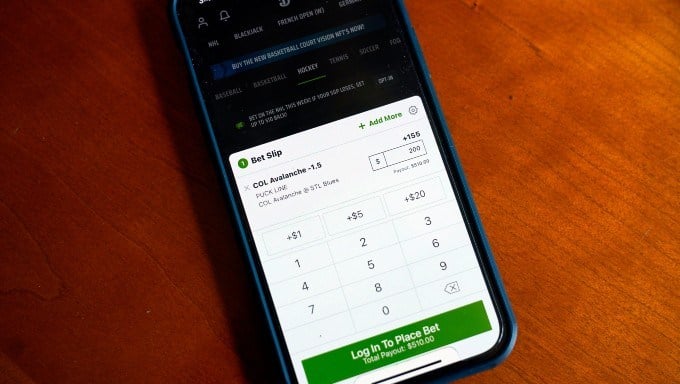 The ad is the latest salvo between two factions seeking votes for competing sports betting questions on the Nov. 8 ballot.

Sports betting is illegal in California, the nation’s most populous state, with 40 million residents. But the November election could change that.

California voters will see two sports betting questions on the ballot, Propositions 26 and 27.

Under Proposition 26, smartphone mobile wagering apps would still be illegal, but people would be allowed to place sports bets in person at the state’s 66 tribal casinos and four thoroughbred racetracks.

A competing ballot question, Proposition 27, would legalize mobile sports betting apps across the state. This proposition is supported by notional online bookmakers such as BetMGM, DraftKings and FanDuel.

A 30-second TV ad that began airing this week starts with a voiceover stating that California’s non-gaming tribes — the tribes that don’t operate casinos — are struggling with poverty.

This struggle is occurring while “wealthy tribes with casinos make billions,” the ad states, adding that these casino-owing tribes “want all the money for themselves.”

However, Proposition 27 is a “game changer” that would set money aside from mobile sports betting for tribal assistance and to address homelessness, the ad states.

The ad was released by “Californians for Solutions to Homelessness and Mental Health Support,” a pro-Prop 27 group funded by national online bookmakers.

The opposing camp has aired a 30-second TV ad urging voters to say “no” to Proposition 27.

This ad, funded by tribes that operate casinos, was released by a coalition called “No on 27 – Californians for Tribal Sovereignty and Safe Gaming.”

The ad shows smartphone screens with DraftKings and FanDuel logos, while a voiceover states that  90% of profits from mobile sports betting goes to “out-of-state corporations.”

The smartphone screens displayed in the ad note that DraftKings is based in Boston and FanDuel is headquartered in New York.

With only three months until the vote in California, the issue continues to receive national attention, given the billions of dollars in revenue that sports betting is expected to generate in the state.

In a news release this week, DraftKings stated it is “cautiously optimistic about the ultimate outcome in November.”

The outcome might not be determined until after November, though, if the matter ends up in court.

If both sports betting ballot questions are approved, the one with the most “yes” votes will be implemented. However, both could become law if they are approved and a court decides they are not in conflict with each other.