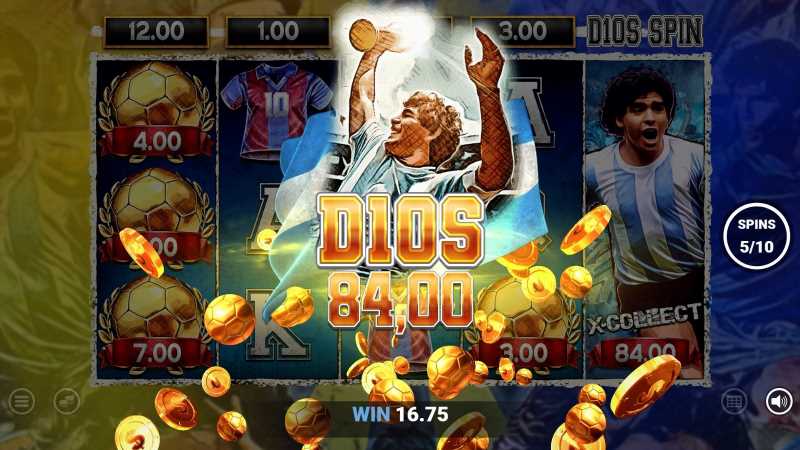 Blueprint Gaming has secured its latest high-profile licence, Diego Maradona, with the famed Argentinian footballer to be the subject of an upcoming slot release. D10S Maradona, a play on the Spanish word for 'God' and the legendary number 10 the player wore throughout his career, is slated for a November 17 release. The game will join a catalogue of previous releases such as Deal or No Deal, Ted, The Goonies and Rick & Morty.

The iconic attacking midfielder was a World Cup winner with Argentina in 1986 and enjoyed a glittering career which saw him score 259 goals, one of which was voted FIFA.com's Goal of the Century in 2002.

“Widely regarded as one of the most gifted players of all time, his name remains synonymous with sport and will make for a powerful IP in Blueprint's game which features images and symbols inspired by Maradona's 491-game career,” the UK-based studio noted.

D10S Maradona is set to provide operators with a valuable cross-selling opportunity when the World Cup kicks off in Qatar on November 20 and further broadens Blueprint's diverse portfolio and reach across global regulated markets, the Gauselmann Group says.

Lauren Bradley, Head of Commercial at Blueprint Gaming, said: “Maradona is another huge brand we've been entrusted with. I have no doubt our development team will once again craft a slot that treats a globally loved icon with the utmost attention to detail and authenticity.”

“D10S Maradona will be launched ahead of the biggest sporting event on the calendar and represents a fantastic opportunity for operators to make the most of the global football fever. It's a title we're incredibly excited about and a licence we're honoured to be working on,” she added.

Matías Morla, Maradona brand agent, commented: “Blueprint's reputation for carefully curating games which stay true to their branding and uphold their characteristics is well earned. We had no hesitation in agreeing on the partnership and we thoroughly look forward to seeing the game launch featuring the greatest player of all time and an Argentinian legend.“