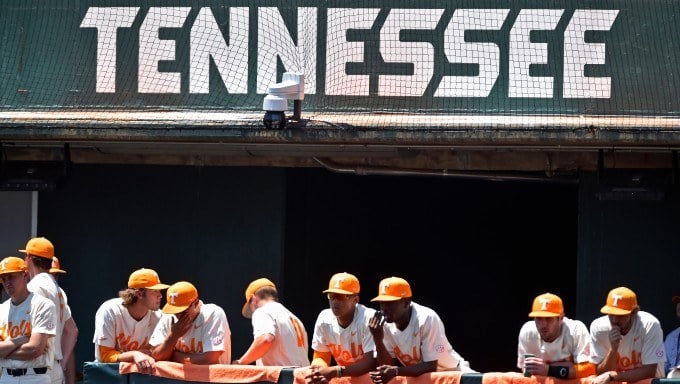 With the NCAA College World Series on the near horizon, baseball betting players are watching conference baseball tournaments this week, eyeing teams that have a shot to win the national championship.

According to bookmaker John Shaw, the projected Top 8 national title seeds going into this week are:

Shaw is sportsbook supervisor at Margaritaville Resort Casino in Bossier City, Louisiana. His projections differ slightly from the current Top 8 in the Division I college baseball standings posted at ncaa.com:

Best Pick To Win It All

The Tennessee Volunteers are the favorite to win the 2022 College World Series, Shaw said. The World Series begins June 17 at Charles Schwab Field in Omaha, Nebraska.

“Tennessee is playing the best baseball of the season,” Shaw told Gambling.com. “They have been on an absolute roll.”

The Vols finished the season on the road with a three-game sweep at Mississippi State, including a 27-2 win on May 19.

Teams That Could Win It All

One team to be wary of in the national title hunt this year is Texas A&M, Shaw said.

“They come in with 15-9 record versus Top 50 teams, but the majority of their losses this season have come on Game 2 of a three-game series,” he said.

UCLA has a 12-4 record versus Top 50 teams and is coming off a series win over Oregon State, he said.

Texas was the preseason No. 1 “and has come out of their midseason slump,” winning 13 of their last 18, Shaw said. Texas also beat Tennessee 7-2 on March 4 in Houston.

With conference tournaments underway, odds on being posted on which teams could end up as this year’s national champion.

Below are odds from PointsBet Sportsbook:

The Division I college baseball tournament bracket will be released Monday.

Of the 64 teams in the tournament, automatic bids will go to 31. The other 33 teams will receive at-large bids from the NCAA Division I Baseball Committee.

Below is the 2022 College World Series schedule, as posted at ncaa.com: