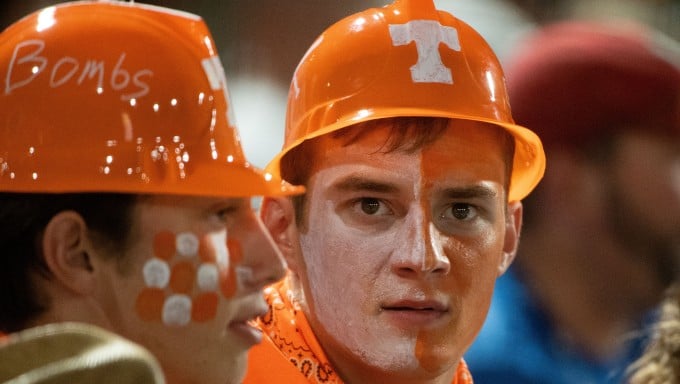 With the field of 64 teams set, sports betting enthusiasts are eyeing early favorites to win this year’s College World Series.

The regionals begin this week, leading up to the June 27 CWS championship game at Charles Schwab Field in Omaha, Nebraska.

The 64 teams selected to compete in this year’s baseball tournament were announced Monday. The Tennessee Volunteers (53-17) topped the field as the No. 1 overall seed.

The 64 teams are competing in 16 regionals, with play scheduled to begin Friday.

Each regional, held at college ballparks from Florida to Oregon, consists of four teams competing in a double elimination format. Most of the regionals are being played in the Southeast. Only two are on the West Coast — one at Stanford and another at Oregon State.

The 16 regional winners will advance to the super regionals, beginning June 10. These 16 teams will play a best-of-three series at eight sites.

The eight super regional host sites will be announced on June 7 at 10 a.m. ET.

The eight super regional winners will advance to Omaha, where they are broken into two four-team brackets. The College World Series begins June 17.

Going into the regionals this week, Tennessee, at +250, is the favorite to win the national title, according to FanDuel Sportsbook.

The Volunteers, one of nine SEC teams selected to compete for the championship, enjoyed a dominant season, powered by lethal pitching and a potent offense. The Vols led Division I baseball with 141 home runs this year, the most by any team since 1999.

“Tennessee is playing the best baseball of the season,” bookmaker John Shaw told Gambling.com. “They have been on an absolute roll.”

Below are the top teams favored to win the 2022 CWS, as posted at FanDuel Sportsbook:

Here is the tournament schedule, as posted at ncaa.com: