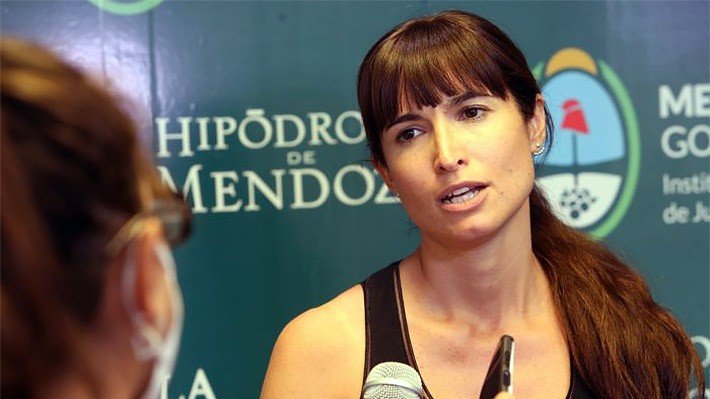 The Provincial Institute of Games and Casinos (IPJyC) of Mendoza signed a resolution in the Official Gazette, through which the bidding is opened to grant between two and five licenses to operate online games for a period of 10 years.

In this way and two years after the sanction of the law in the provincial Legislature, the IPJyC proceeded to call for public bidding to regulate the activity.

The resolution, which was published this Thursday in the Official Gazette, is IPJyC's 567 and refers to Law 9.267 and its Regulatory Decree 1.842/22, where the Institute will be in charge of granting the licenses “for the online gaming activity in the Province of Mendoza”, through the public bidding procedure.

The call specifies that online gaming shall include “all games of chance, raffles, raffles, bets, number combinations of chance and in general all those activities in which amounts of money or objects are at stake, economically assessable on the results”, provided that they are carried out “only through electronic, computerized, telematic, interactive means, or those to be developed in the future”.

In addition, such bets must “allow their transfer among the participants”, beyond the independence of the predominance in them, the degree of skill, ability, or mastery of the players, or they are exclusively and primarily of luck, according to the regulation. Furthermore, those games of chance that include physical draws, such as lotteries, pools, and raffles, among others, will be “expressly excluded, which will be governed by the regulations in force, even when the use of Electronic Capture Systems is a means for their commercialization”.

The public bidding procedure will be carried out through the Compr.Ar. System platform, through which the bidders must submit their proposals, with an Integral Technical Project that includes a description of the technical system offered, and the fee to be paid to the Institute as consideration for the right to organize, operate and commercialize online gaming in the province. Once the offers are opened, the Pre-award Commission will proceed to evaluate them and award the licenses.

In more technical aspects of the process, it is worth mentioning that the object of the contracting request with which the bidding was launched is “Online Gaming Licenses for the organization, operation, exploitation, and commercialization of the online gaming activity in the Province of Mendoza”.

According to the regulation's provisions, the amount of the bid maintenance guarantee, as well as the contract performance guarantee, “will be between 1% and 5% of the average net result of the profits obtained in the Casino Anexo de Zona Este and, if applicable, of Rivadavia and San Martín, in the last 12 months”.

The duration of the bidding process will be between 20 calendar days or 12 business days before the opening date. As indicated, at least two and up to five licenses will be granted for the “organization, development, exploitation, betting and commercialization of the online gaming activity, in its different modalities, through electronic, computer, telematic or any other interactive means”. The period of validity of the license will be of 10 years “starting from the date of signature of the respective contract”. Moreover, Article 3 designates the members of the Pre-award Committee, who will be:

According to statements made by the Head of the IPJyC, Ida López, while the bill was being debated, “the fact that online gambling is not regulated violates people's rights, that is why we understand the need for regulation because otherwise children and teenagers could play and we want to prevent that. The origin and destination of the money are not known, there is no data protection, and pathological gambling can be encouraged”, she added.

In the online gambling segment, the “Responsible Gaming” program will also be applied, so that people can limit themselves, decide how much money or time they want to play, or exclude themselves through the Unique Registry of Self-Excluded (RUA), and have their accounts blocked by the platforms.

Regarding taxes, the companies will be the ones to pay taxes and not the players. They will be taxed according to the category and an initial fee will be set, which will be based on the license and monthly operating rights, which is a percentage of what the company collects, minus the prizes. The players will not have to pay taxes and they will have to create an account in the system, integrated into a provincial registry. “If they falsify data, they will be criminally liable”, Mercedes Rus said, provincial senator and one of the promoters of the law.