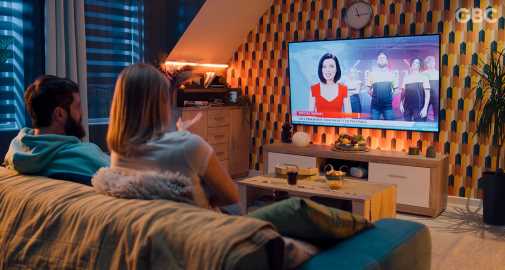 5 Esports Documentaries You Definitely Should Watch

Whereas a career as a professional gamer seemed unrealistic ten or fifteen years ago, numerous players are pursuing full-time jobs in the industry today. Despite this, few people know what exactly is hidden behind the scenes of competitive gaming. What sacrifices do players have to make to get to the highest level? How do they interact with the companies that represent them?

In this article, we have compiled a few iconic documentaries that will shed light on the esports business and provide you with answers to these and many other questions. And who knows, perhaps after watching these films, you will treat this industry much more seriously.

This amazing docuseries focuses on the notorious Japanese video game culture. It will tell you what factors make this country an integral part of the global esports market. The creators dedicated the first episodes to the virtual fighting niche and conducted insightful interviews with star players like Daigo 'The Beast' Umehara. So, for starters, you will be able to dive into this gaming scene and get feedback from real pro gamers.

Unfold is a documentary series that dissects the lives of famous esports players. One of the episodes is especially inspiring as it is dedicated to the CS: GO player nicknamed huNter, who has achieved incredible success in the G2 organization. The gamer will tell you about the struggles he had to go through as a resident of post-war Bosnia and Herzegovina. In addition, he will focus on the role his relatives played in his career.

Wreck or Get Rekt

If you miss the rather ancient arcade side of gaming, this movie will pleasantly surprise you. The documentary revolves around rival Street Fighter gamers Quinton and ThatDemoGuy, who are ready to destroy each other in the next match. Besides that, they do not hesitate to express their competitive feelings through trash-talking and always know how to entertain intrigued viewers.

Dota 2 competitions literally took esports to the next level with the highest prize pools in history. In this movie, you will see the story of one of those amazing tournaments and the OG team that capitalized on it to the fullest extent. With a brand new roster that did not have team chemistry yet, these five players beat all the odds and won the most lucrative esports competition to date. Their journey to more than $11 million in prize money is shown flawlessly in this film.

Sometimes the mere idea of ​​participating in a prestigious tournament is enough to alter someone's life. Professional players Snake Eyez and Anakin are definitely fans of this concept. To participate in the Red Bull Conquest – a respected regional virtual fighting series – they went on a trip across American cities. The documentary will tell you about their journey and interaction with many gaming communities in detail.